The Lucens and Extra Lucens were the best quality and best looking Italian pens of the 1930s and 1940s.

In the late 1930s Wahl Eversharp came out with the Doric, a faceted pen very similar to the Extra Lucens; there is some debate about which pen was introduced first.

The bodies were made of celluloid and all of them had a degree of transparency to them.  The pens in my photos that appear black (because they are filled with ink) have black striped barrels and were originally clear but have turned into to a red color.  There were a number of beautiful celluloids that these pens were produced in.  The rarest and most valuable color was a grey pearl (if you Google “OMAS Extra Lucens Limited Edition” you can see a reproduction of this pen, though the original was not brown).

Both the Lucens and Extra Lucens use a stantuffo tuffante, or plunger filling system. This system is considered to be the same as the one used by the American brand Dunn, which had a patent on this system in 1920. OMAS patented their version in 1936 and for this reason we see “Brev.73725 – 1936” on the barrels of these pens. 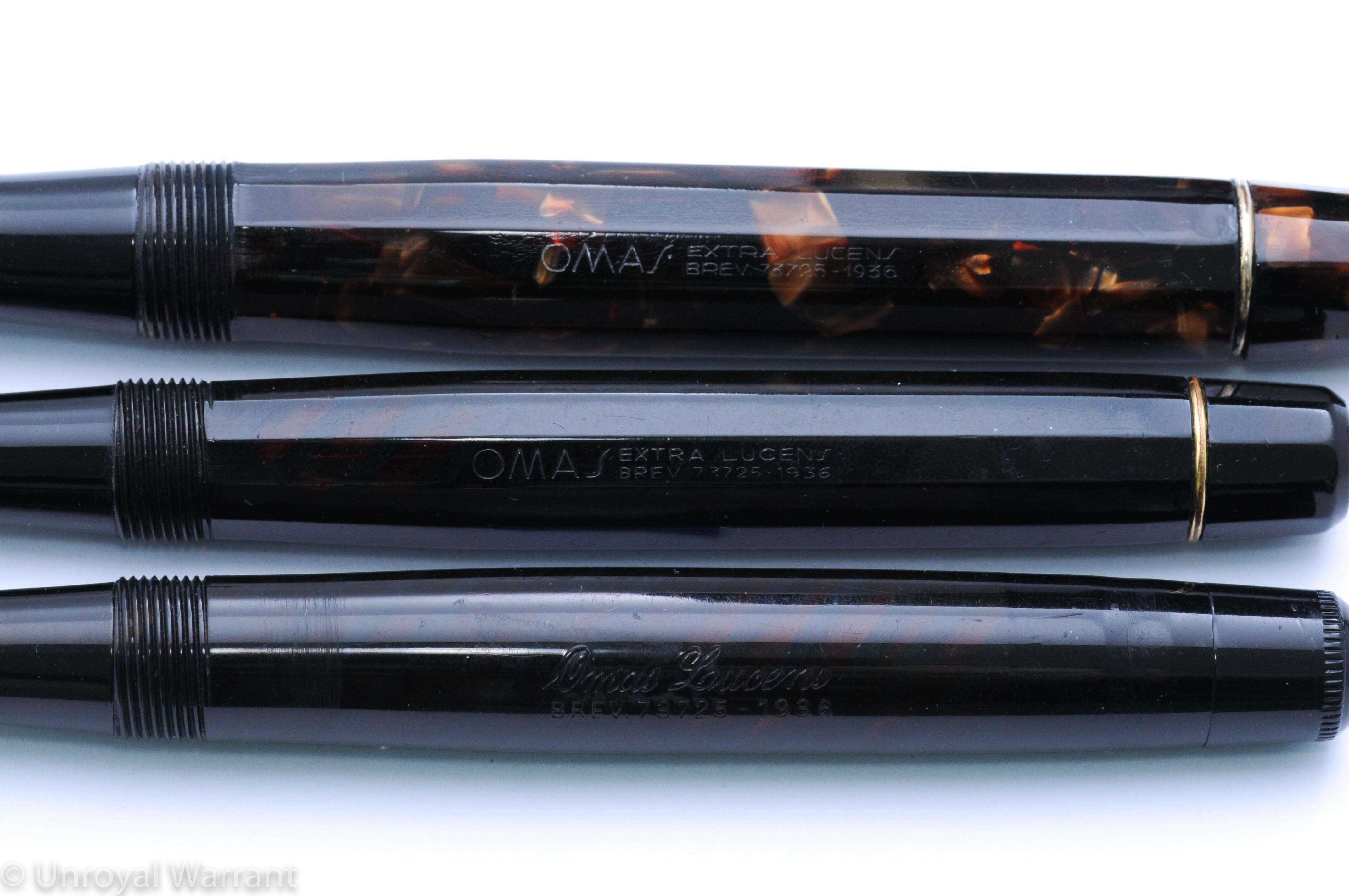 The plunger filler eliminated the use of sacs which made for a (supposedly) more durable filling system with a larger ink capacity. 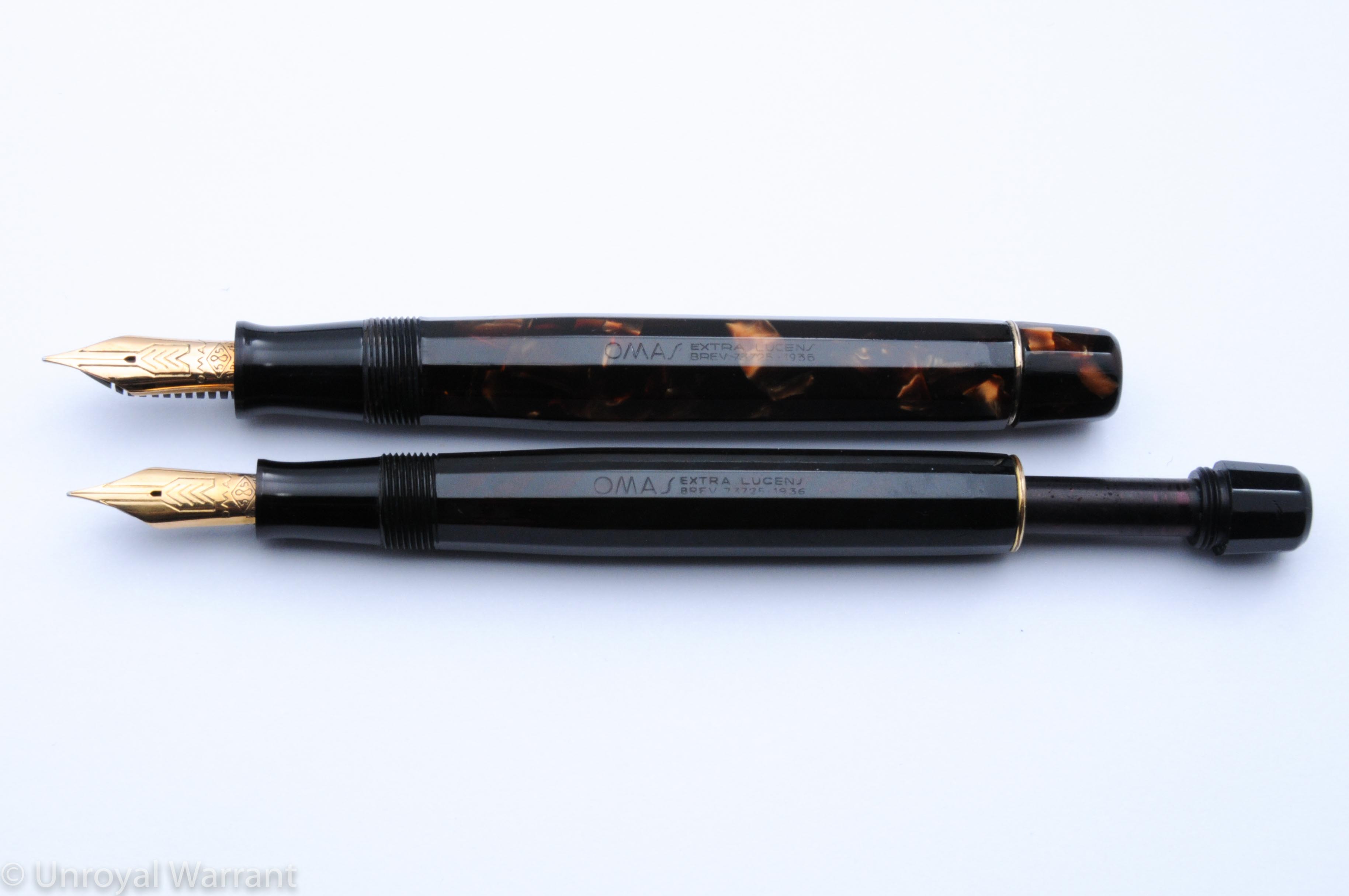 Personally, I do not like this system and I am not surprised that it was abandoned in favor of the piston filler. Filling the pen requires pulling out the plunger which draws up ink into the pen and then quickly pushing the plunger back down allowing the air to escape through a breather tube inside the barrel…if you push the plunger down too slowly all of the ink you just drew into the pen will be expelled. The filling system is relatively durable such that I feel comfortable using these pens every day. The weak points being a cork seal and breather tube.

The Lucens and Extra Lucens came in three sizes, the largest of the three measures about 14cm long capped and the midsize measures about 13cm (unfortunately I don’t have a small one to measure). The larger model is more or less the same size as the current all celluloid OMAS Paragon. The midsize is very similar in feel to a Pelikan M400 though slightly longer.

During the war the Lucens and Extra Lucens pens had white metal trim and “permanio” nibs which were made of a steel alloy. These nibs, unlike Montblanc and Aurora’s wartime nibs, were not very resistant and many of them corroded.

The Extra Lucens was also offered with a bi-tone reversible arrow nib. The reverse side was stiff for carbon copies while right-side up the nib was soft like a regular OMAS nib.

These pens are very nice reliable writers that I enjoy using. I almost always have one inked up. Like most vintage Italian pens, these are relatively rare and expensive. The large size Extra Lucens are the most desirable but for me as writers I prefer to use the smaller models.