On specifications alone the Platinum 3776 fountain pen is a winner; it’s affordably priced and it features a full-sized body and solid gold nib…what’s not to love?

There are a lot of Japanese Montblanc look-alikes but the Platinum 3776 takes the cake with its mountain theme. The streamlined design and gold furniture are all very similar to a Montblanc Meisterstück. If you look at the nib of a Montblanc Meisterstück you will see the number “4810”; this number represents the height (in meters) of Mont Blanc in the Graian Alps. What do you suppose “3776” refers to? It’s the height (in meters) of Mount Fuji. 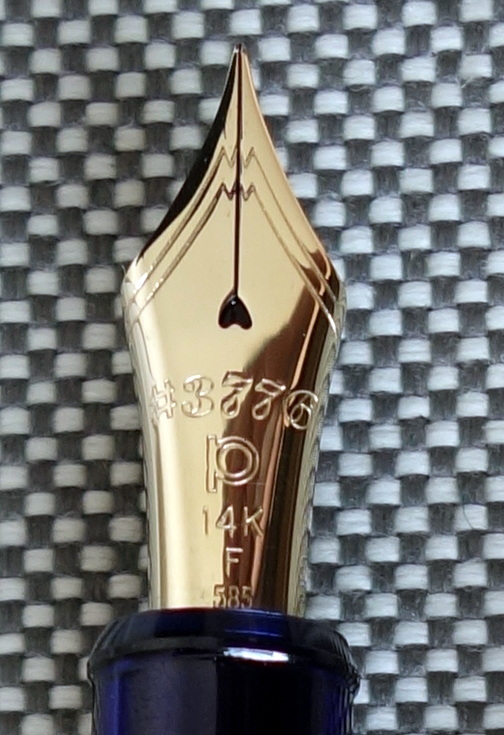 The nib features a mountain design with “#3776” right in the middle.

When you put the Montblanc similarities aside the 3776 is a pretty plain looking fountain pen.

The Chartres Blue body is translucent but not clear enough for this pen to truly be considered a demonstrator. I quite like the Chartres Blue body because it allows you to see the innovative “Slip & Seal” cap mechanism that prevents the pen from drying out. Supposedly you can leave this pen inked for 24 months without problem…I don’t want to test that, so I will take Platinum’s word for it.

The 14kt gold nib is large and shapely; it’s a much more agreeable size than similarly priced Pilot Custom 74.

While the 3776 has a well proportioned, modest and understated design, it isn’t going to win any style awards.  At the end of the day this pen has a boring unoriginal appearance.

The build quality of the 3776 isn’t bad. There are seams in the plastic but everything fits together as it should and the use of the “Slip & Seal” mechanism shows that Platinum isn’t just pushing out cheap Montblanc lookalikes.

The gold plated trim matches the color of the solid 14kt nib. 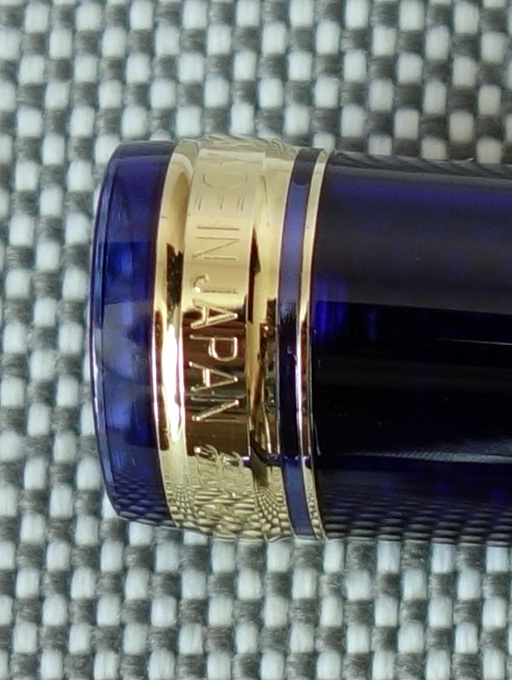 I compared the 3776 to the similarly priced Pilot Custom 74 and to my eye the engraving and the overall fit and finish of the gold furniture is better on the Pilot BUT the gold trim on the Pilot is much more yellow than its 14kt gold nib…so you kind of have to pick your poison: mismatched nib and trim or cheaper looking engraving?

The 3776 measures 5.5” capped and 4.7” uncapped. The pen weighs a comfortable 24.3 grams. It is an agreeable size that most people will find comfortable. The pen posts well and has a good balance posted or unposted.

The fine nib on the 3776 is a phenomenal performer and in my opinion it is the reason to buy this pen.   Being Japanese the fine point is an extra or extra extra fine by western standards but despite this the nib is smooth and a real pleasure to use. I haven’t noticed a single skip or hard start since I began using this pen four months ago.

The nib is pretty stiff so you wont be seeing much in the way of line variation.

This is the same nib that is used on $500+ Nakayas. In the sub $100 range I don’t believe you can find a better performer. 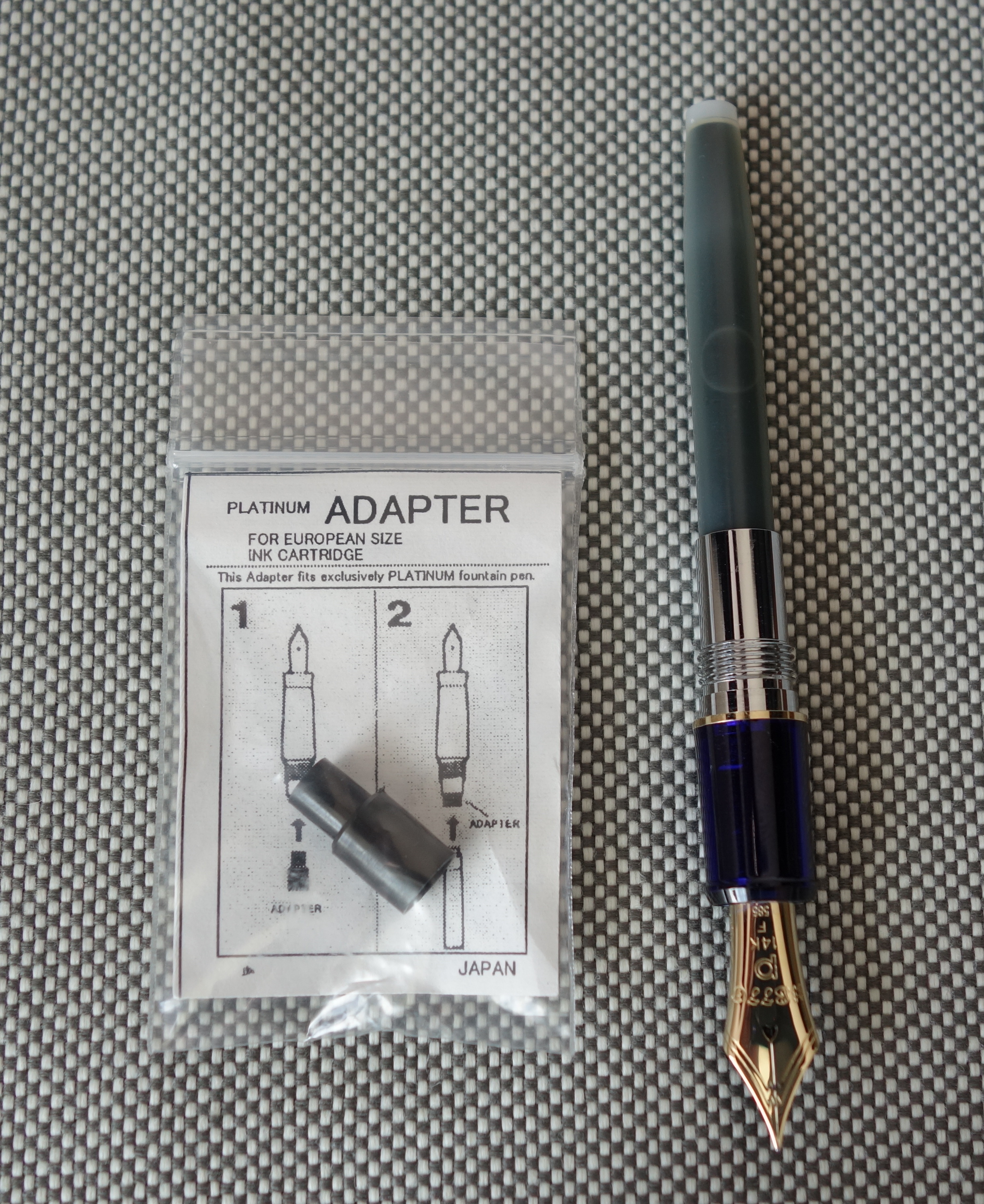 The Platinum uses a proprietary cartridge converter filling system but for $1 you can buy an adaptor that will allow you to use international cartridges.

In Japan, the 3776 is sold without converter but in the US it is sold with the same Platinum converter you get with a Nakaya and I have to say its one of the nicest converters out there. 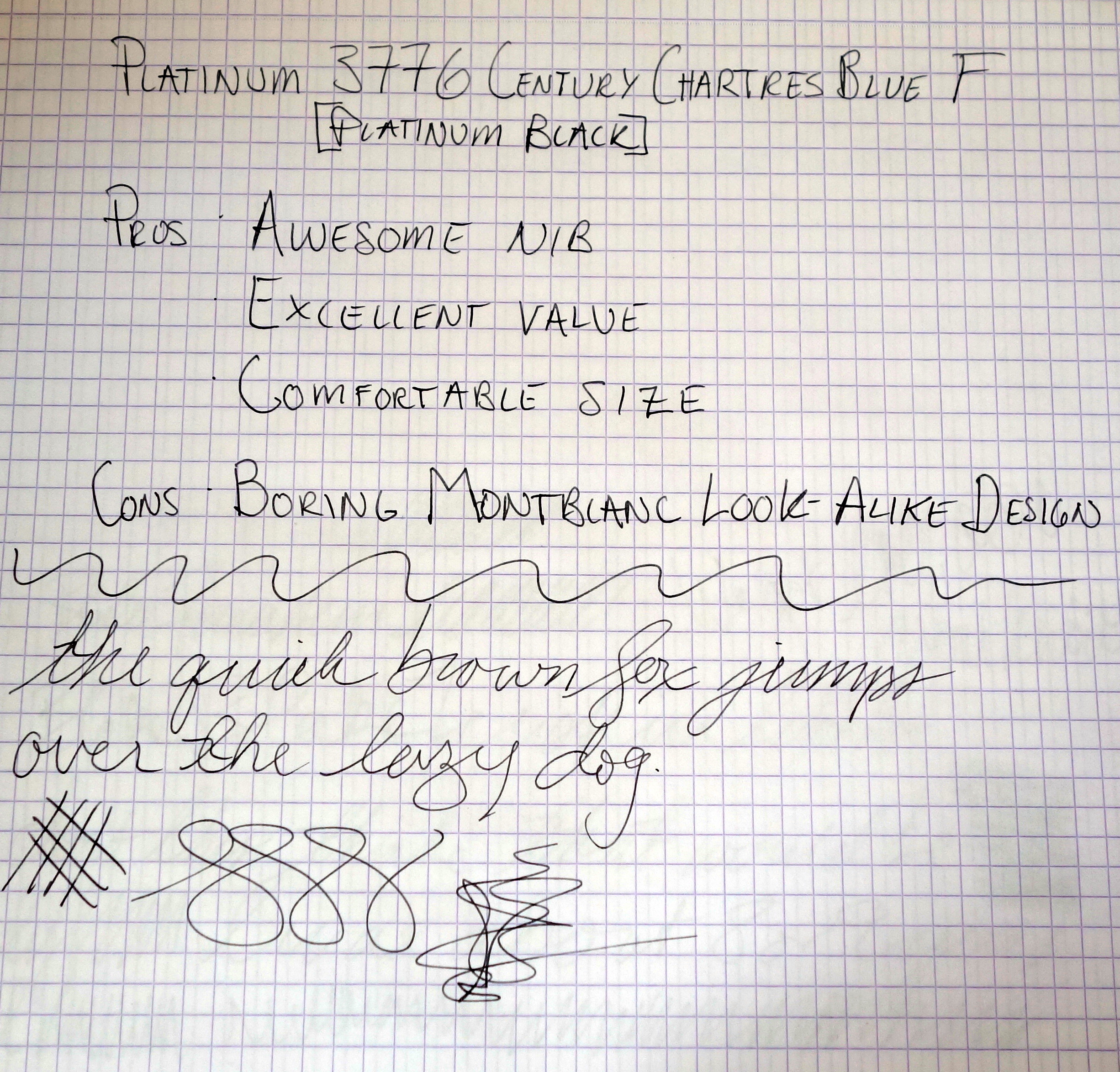 This is a sleeper pen, boring looks but with a monster performer under the cap.

Here are some great reviews of the Platinum 3776: