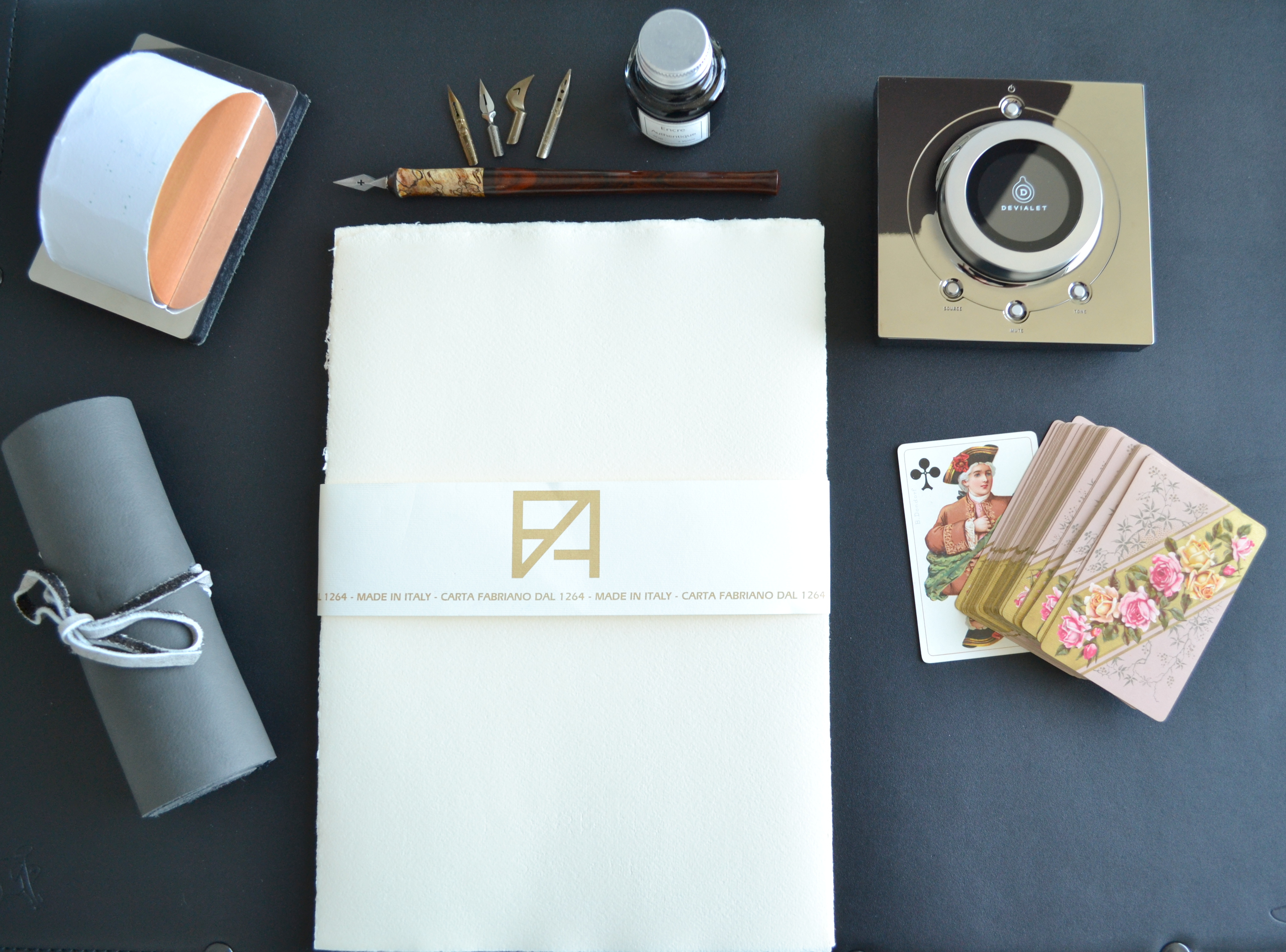 This paper can be purchased from Fabriano’s US web boutique in a set of 50 sheets and 50 envelopes at a staggering (and oddly specific) price of $257.39.

Luckily I was in Italy a couple of weeks ago and passed by a Fabriano boutique which sold Secolo XIII in packages of 20 writing sheets.

In the store only the hugely expensive box set was displayed. I had to ask if it was possible to buy a smaller quantity. The shop attendant said yes and yelled some unintelligible Italian up a small stairwell behind the register and what seemed like an hour later a small package of Secolo XIII writing sheets arrived.  The shop attendant insisted on counting each sheet. I told him I was in a bit of a hurry and not to worry about it. The pack was supposed to have twenty sheets. The attendant counts “twenty one”; he starts over and gets twenty one for a second time and still surprised at the result counts a third time, “twenty one”. He removed one sheet and allowed me to pay and I ran out of there.

So how is Fabriano’s top-of-the-line paper? Well let’s start with the good. 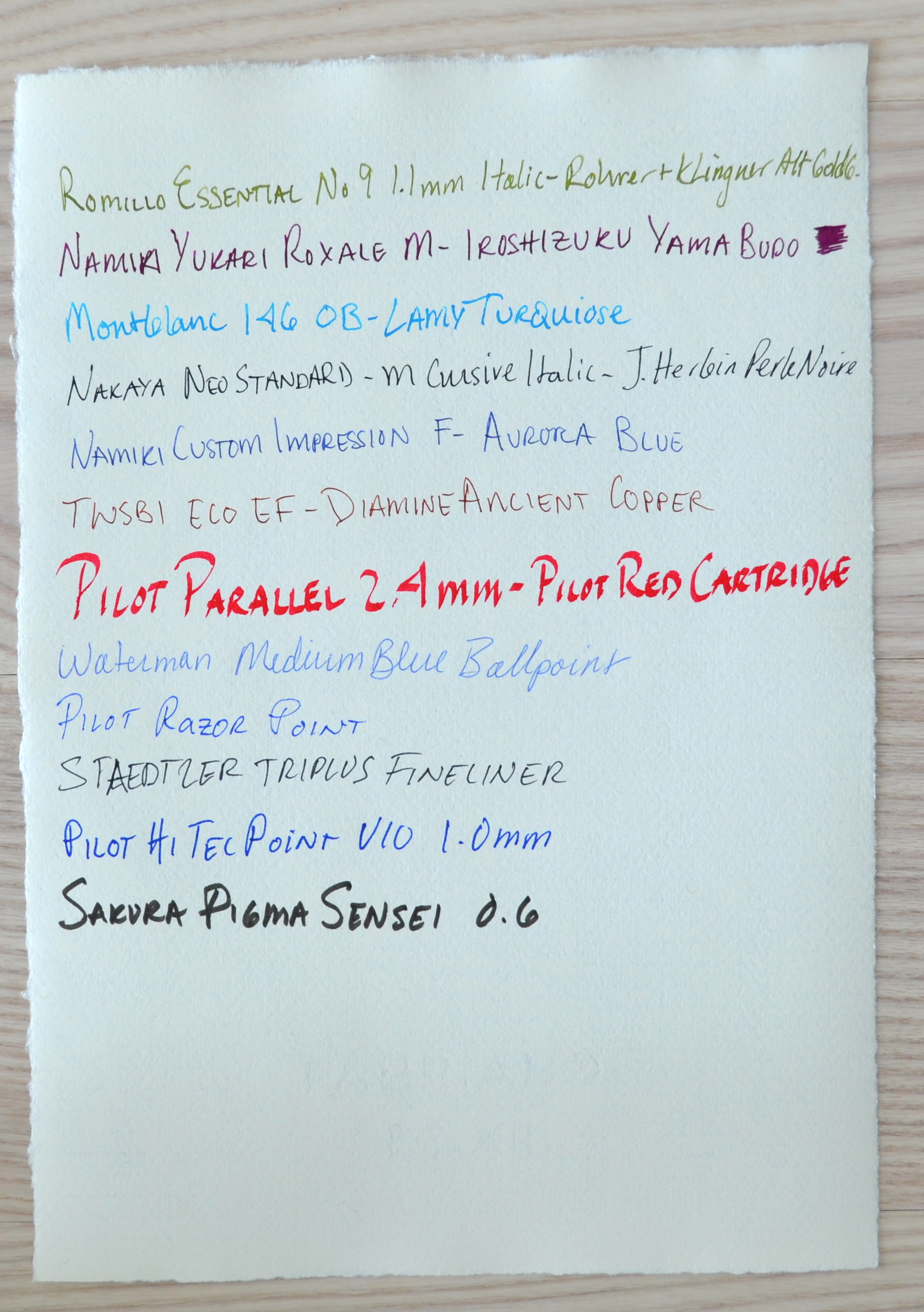 The deckled edges are much nicer and much more consistent than the Amalfi paper’s. 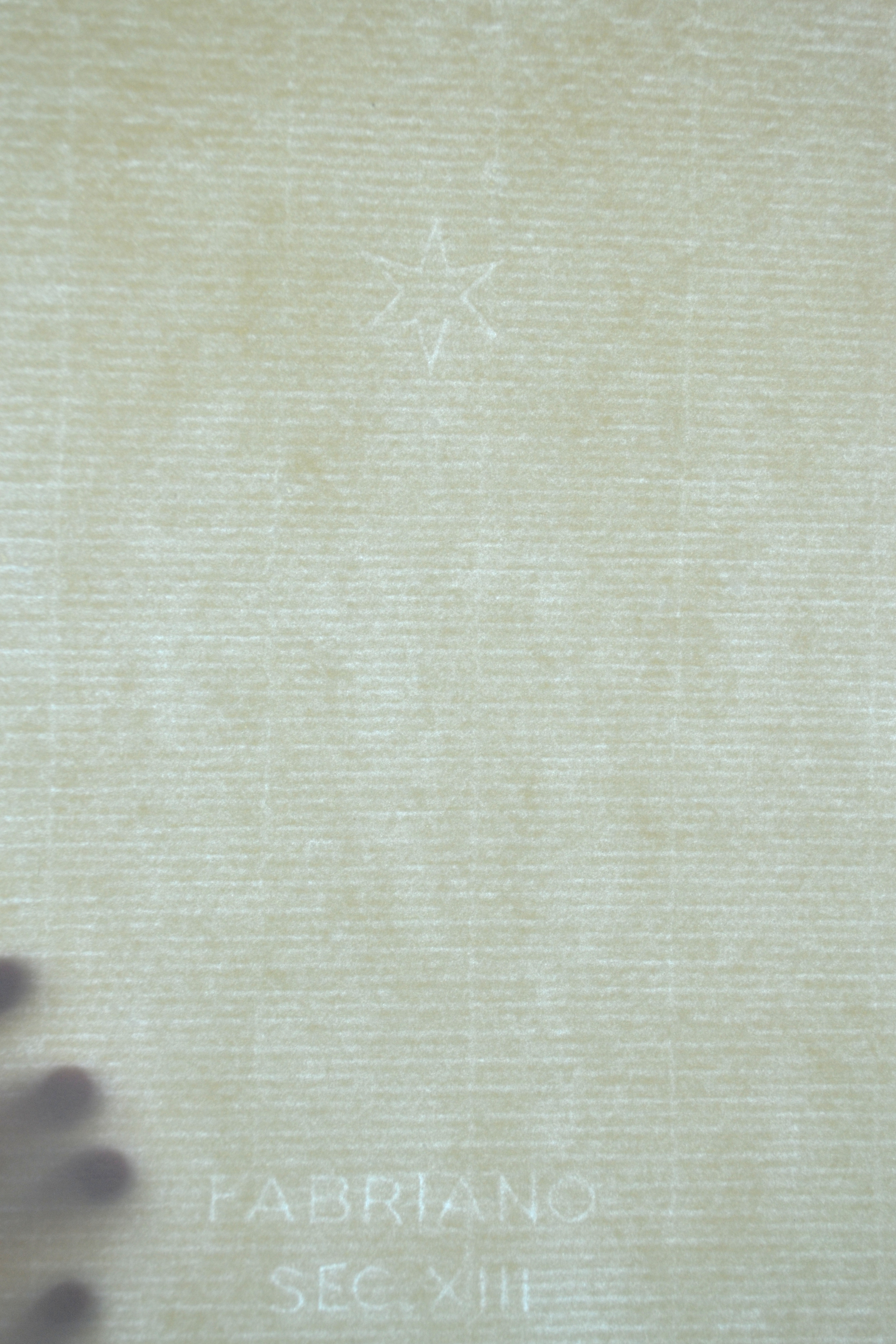 The paper has a unique texture. If you hold it up to the light you can see that it is a laid paper but the texture isn’t actually ribbed, it has a more sporadic mould made texture like Fabriano’s bottom-of-the-line (but still wonderful) Medioevalis. The texture is finer than Medioevalis but rougher their than mid priced paper, Minerva (review to come).

Secolo XIII only comes in an ivory color (the Amalfi looks white by comparison).  It is quite an attractive looking paper.

Now for the bad:

Despite having a finer texture than the Medioevalis, Secolo XIII has a good deal more feedback with my pens.  It’s more resistance than I like.  Cotton usually isn’t as nice to write on as wood pulp paper and this seems be the case with Secolo XIII.

The paper feels…well, like paper.  It doesn’t have that special fabric-like hand that you get with Amalfi.  Secolo XIII reminds me of a Southworth Resume cotton paper I have.

Secolo XIII is thick and I cannot use a ruled guide sheet underneath it.

Lastly, the price…it’s more than twice as expensive as Amalfi and I don’t understand why.  Secolo XIII is beautiful looking but for a luxury paper it really isn’t that nice to write on…or touch for that matter.

Fabriano’s Minerva and Medioevalis papers are some of the nicest I have used and as such I had high expectations for Secolo XIII; ultimately I was disappointed.  Not only is it the worst paper to write on in Fabriano’s correspondence line, it’s also one of the most expensive plain writing papers on the market.  Secolo XIII is a hard pass for me.